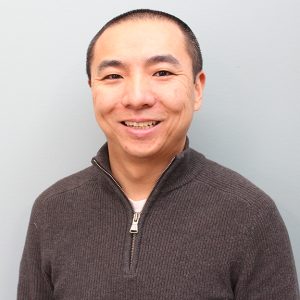 Education: BS in Chemistry and MAE in Counseling & Student Affairs in Higher Ed from WKU

Fun Fact: My childhood dream job was to become a Top Gun pilot

What was your best/worst student job or internship?

The best student job I had was working as a security guard for the library on my campus where I attended college, and I loved this job not only because it taught me some great lessons on how to interact with my peers in a professional setting, but I was also able to learn a lot from them. The “security” aspect was mainly doing rounds in the library to make sure students weren’t up to mischief and ensuring that they weren’t taking books out of the library without having properly checked them out, so we had a good bit of down-time throughout the day to converse about our lives and learn about each other. Since most of the students I worked with were international students, I was exposed to a variety of different cultures, backgrounds, and identities which were all extremely intriguing to me.

What was the best/worst career advice you ever got?

The best career advice I ever received was from a friend during my junior year of college when I was having serious doubts about my career goals. What they said to me was, “At the end of the day, if you don’t like what you do, you won’t end up doing it for long.” This statement resonated with me immensely because I was essentially grinding out my third year in a major that I wasn’t passionate about, and that comment hit me like a bolt of lightning. I still ended up sticking it through and graduated with my major due to practical reasons, but I likely would have switched my academic/career trajectory had I received this advice earlier.

What was a career “mistake” you made as a student?

I made two crucial mistakes regarding careers during my time as a student. The first mistake I made was never utilizing career services at my school until I panicked after having spoken with my friend about what was motivating me to pursue my major during my junior year (see above). The second mistake I made was not thinking more pragmatically about my career aspirations, which led to me disassociating from my actual interests/strengths/passions, causing me to tunnel into my misguided goals to chase ideals (e.g. prestige) that didn’t make much sense for me along with a money trail that I was never truly invested in pursuing.

What do you wish you’d known about careers when you were a student?

I wish I knew that career paths aren’t predetermined based on your major of study for many roles that exist. There are truly a multitude of academic, and even non academic, pathways that someone can take to achieve their career goals, and what you’re doing outside of class, how you’re engaging/networking, and the timing of when you participate in various career related activities can really play a huge role in what outcomes you are able to accomplish.

What made you decide to work in career services?

I’ve held a variety of roles within various functional areas during the 12+ years that I’ve worked in higher education, and during this time, I developed a strong desire to help students reach the proverbial finish line. I got a taste of this while working as an academic advisor supporting undergraduates in obtaining their degrees, but once I discovered the world of career services, I began to realize that the actual “finish line” that I wanted to help students reach was post graduation career outcomes. After reflecting about this newfound interest, I decided to take action by applying to positions working within career services, and the rest is history.

I really like that my career community practically touches every aspect of our lives and society in some way. Technology is everywhere, and this relationship between technology and how we all live is not only inseparable but also expanding at a very rapid pace. As someone that has always been profoundly interested in technology & data, I’ve been naturally curious about this subject for as long as I can remember, so being able to live vicariously through the students that I support in my role as they step into this industry has been both fascinating and rewarding for me on both a personal and professional level.