SuccessWorks is committed to working with employers to provide equitable and inclusive practices in recruiting and the workplace.

Use these resources to start building an intentional plan for recruiting diverse talent in the College of Letters & Science. SuccessWorks staff have deep experience and connections on the UW-Madison campus. We’re ready to have a meaningful conversation about building your recruitment approach in a way that meets the needs of your organization and students in the College.

Letters & Science: The Most Diverse College at UW-Madison 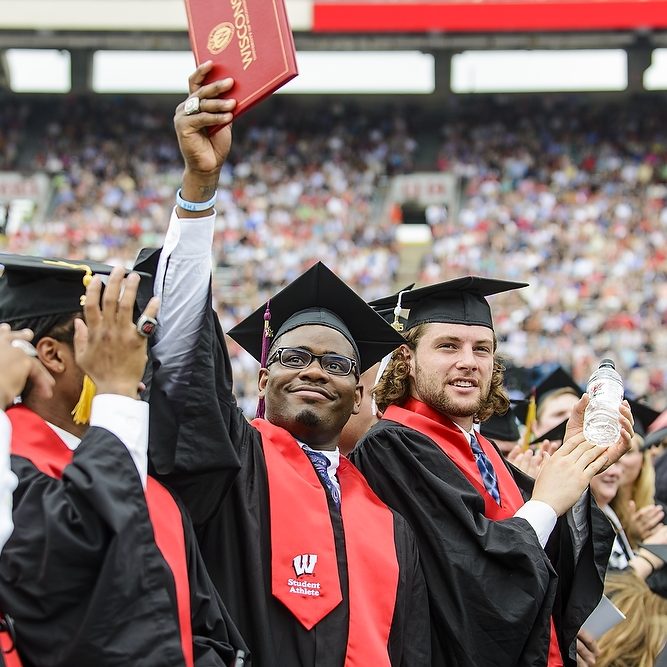 Diversity, Equity and Inclusion are top priorities for the College of Letters & Science.

SuccessWorks collaborates with many organizations that support students from underrepresented backgrounds, offering career development programs and connections to employers. Contact SuccessWorks to start a conversation about reaching students in these on-campus organizations.

Consider these questions carefully. Your responses help SuccessWorks collaborate with your organization to create a framework for recruiting diverse talent on the UW-Madison campus.

This is an accordion element with a series of buttons that open and close related content panels.

DEI in Your Recruitment & HR Software

Get familiar with this terminology to start building a common understanding with SuccessWorks on how best to engage students.

This is an accordion element with a series of buttons that open and close related content panels.

Agency: Taking back or exerting power in a subordinated identity.

Ally: A person who supports marginalized, silenced, or less privileged groups without actually being a member of those groups. This person will often directly or indirectly confront systems of oppression.

Asset-based: This term refers to focusing on the strengths, assets, and cultural capital of marginalized communities, rather than their struggles. One example of this is recognizing the value of being bilingual as a strength, rather than focusing on the imperfections of someone’s English as a weakness.

Bias Incident: An intentional or unintentional act targeted at a person, group, or property expressing hostility on the basis of perceived or actual gender, race, religion, ethnicity, sexual orientation, or disability. Bias incidents may consist of name-calling, epithets, slurs, degrading language, graffiti, intimidation, coercion, or harassment directed toward the targeted person or group. Acts qualify as bias acts even when delivered with humorous intent or presented as a joke or a prank.

Biracial: (adjective) of, relating to, or involving members of two races.

BIPOC: refers to Black, Indigenous and People of Color. Some people may refer to this group as “people of color” more generally. The term BIPOC is meant to provide specific emphasis to the experiences of Black and Indigenous people, whose experiences have been historically distinct from other people of color within the US.

Cisgender: A term used to describe people whose gender identity matches the sex they were assigned at birth. Often abbreviated to cis.

Discrimination: The intentional and often historical prejudicial treatment of individuals or groups of people using interpersonal, institutional or cultural means.

Diversity: The presence of difference between and among communities. This can include but is not limited to: social identities

Emotional Tax: The combination of being on guard to protect against bias, feeling different at work because of gender, race, and/or ethnicity, and the associated effects on health, well-being, and ability to thrive at work.

Equality: Treating everyone the same way, often while assuming that everyone also starts out on equal footing or with the same opportunities.

Equity: Working toward fair outcomes for people or groups by treating them in ways that address their unique advantages or barriers.

Gender Identity: Gender Identity refers to an individual’s basic self-conviction of being a man, woman, a blend, or neither. This conviction is not contingent upon the individual’s sex assigned at birth. Examples of gender identity include woman, man, nonbinary, cisgender, transgender, gender fluid, etc.

Identity: Created for the purposes of categorizing people; based on beliefs about groups of people, not biology. Identity is something that is socially constructed. Often referred to identities include, but not limited to, race, ethnicity, class, gender, sexual orientation, ability, and religion.

Implicit Bias: When subtle negative attitudes about groups of people (e.g. stereotypes) exist without conscious awareness. Nonetheless they are pervasive and everyone possesses them regardless of a person’s good intentions. Implicit biases tend to manifest into negative, unjust, or harmful behaviors against individuals and groups.

Inclusion: The notion that an organization or system is welcoming to new populations and/or identities. This new presence is not merely tolerated, but expected to contribute meaningfully into the system in a positive, mutually beneficial way. More than simply diversity and numerical representation, inclusion involves authentic and empowered participation and a true sense of belonging.

Inclusive Excellence: The recognition that a community or institution’s success is dependent on how well it values, engages and includes the rich diversity of students, staff, faculty, administrators and alumni constituents.

Intersectional/ity: The theory—conceptualized in the 1980s by Black feminist legal scholar Kimberlé Crenshaw—that markers of identity do not act independently of one another, but exist simultaneously. Crenshaw originally coined the term based on the experiences of Black women, who experienced racism and sexism simultaneously, and experienced them differently than white women or black men.

Institutional oppression: Policies and practices of institutions that marginalize or subordinate.

Marginalized groups: Sub-communities socially excluded from participating in the routine and mainstream activities of a society. They often are confined to the lower or peripheral edge of a society thereby lacking access to employment, affordable formal education, healthcare and social power, which often results in income discrepancies.

Microaggression: “The everyday verbal, nonverbal, and environmental slights, snubs, or insults, whether intentional or unintentional, which communicate hostile, derogatory, or negative messages to target persons based solely upon their marginalized group membership” –Wing Sue, D.

Minority groups: Categories of people who are differentiated from a social majority due to having less social power. They can sometimes be underrepresented in particular majors, careers or societies but can also be in majority numerically and yet lack social power or the ability to influence. Historically, minorities are often associated with people of color (e.g. Asians, Latinos, and Blacks) but it actually can be applied to other identities like gender, sexuality and religion.

Monoracial: Of a single race (ethnicity).

Neurodiversity: The concept that there is great diversity in how people’s brains are wired and work, and that neurological differences should be valued in the same way we value any other human variation.

Non-Binary (also known as Genderqueer): A category for a fluid constellation of gender identities beyond the woman/man gender binary.

Oppression: Restricted access to resources and marginalization and isolation based on social group membership.

People/Students of Color: Refer to a large group of racially and ethnically diverse people/ students from various origins. Students who self-identify or are identified as Black/African-American, Asian/Pacific Islander, Native American/Alaska, Native/Indigenous, Chicano/Latina/o/x, Arab/Arab American or multiracial may be represented by this term. People of color is a term used mainly in the United States and Canada to represent persons whose ethnic/racial and cultural groups have been targets of racism and/or are excluded from privileges associated with whiteness.

Prejudice: A judgment or belief that is formed on insufficient grounds before facts are known or in disregard of facts that contradict it. Prejudices are learned and can be unlearned.

Privilege: An unearned benefit or right granted to a person based on membership in a particular social group.

Social Justice: A belief that all people should have access to resources for sustaining a healthy existence.

Identity: Created for the purposes of categorizing people; based on beliefs about groups of people, not biology. Including, but not limited to, race, class, gender, sexual orientation, ability, and religion.

Sex Assigned at Birth: Sex Assigned at Birth refers to the assignment and classification of people as male, female, intersex, or another sex based on a combination of anatomy [genitalia], hormones, and chromosomes (i.e. primary and secondary sex characteristics). AFAB or AMAB are descriptors that are short for “Assigned Female At Birth” or “Assigned Male At Birth”. We use the term “assigned”, rather than saying “biological sex”, “real sex”, or “anatomical sex”, to highlight that in most cases, babies are assigned a sex based on sex traits or characteristics, like genitalia, by doctors or parents. Binary assignments of male or female do not fully represent the diversity of sex traits, chromosomal makeup, bodies, and genders that people may have.

Subordinated or Target group: Membership in a group that experiences oppression or marginalization in a mainstream society.

Systemic Racism: Sometimes called structural racism, this is the racial bias across institutions and society. It describes the cumulative and compounding effects of an array of factors that systematically privilege white people and disadvantage people of color. Examples include differential access to home ownership, or disparate prison population rates for different racial groups.

Transgender: An adjective used most often as an umbrella term, and frequently abbreviated to “trans.” This adjective describes a wide range of identities and experiences of people whose gender identity and/or expression differs from expectations based on their sex assigned at birth. Not all trans people undergo medical transition (surgery, hormones, etc.). Some examples are included below:

Trans man: A general descriptor for someone assigned female at birth who identifies as a man. A person may choose to identify this way to more specifically articulate their gender identity and experience as a transgender person. Some trans men may also use the term FTM (Female-to-Male) or F2M to describe their identity.

Trans woman: A general descriptor for someone assigned male at birth who identifies as a woman. A person may choose to identify this way to more specifically articulate their gender identity and experience as a transgender person. Some trans women may also use MTF (Male-to-Female) or M2F to describe their identity.

Unconscious Bias: (noun) An implicit association, whether about people, places, or situations, which are often based on mistaken, inaccurate, or incomplete information and include the personal histories we bring to the situation.

Work-Life Effectiveness: (noun) A talent management strategy that focuses on doing the best work at the best time with the best talent. It helps businesses create flexibility, enhance agility, and drive mutually beneficial solutions for both employers and employees.

Workplace Inclusion: An atmosphere where all employees belong, contribute, and can thrive. Requires deliberate and intentional action.

Let's Get Started Together 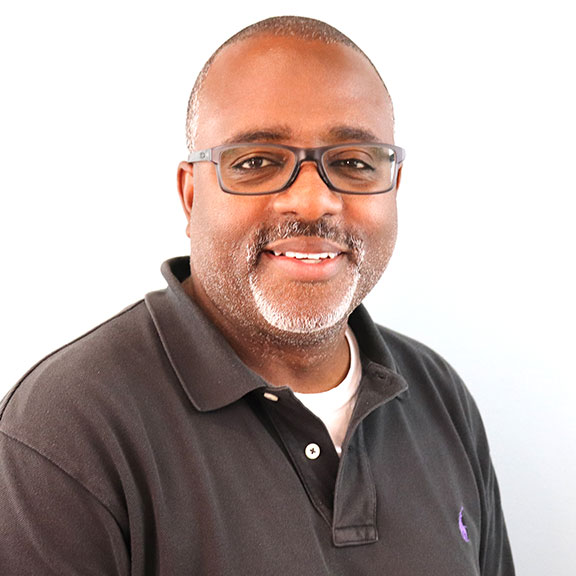 Get in touch with Duane to talk about your organization’s recruitment goals and how SuccessWorks can help you meet them.

Together, we can work to provide equitable and inclusive practices in recruiting and the workplace.

"A diverse liberal arts community — reflected in the student body, faculty, staff, administrators, trustees and other stakeholders — promotes effective teaching, produces greater learning outcomes and provides students with the tools and skills necessary to thrive in an increasingly diverse workforce and pluralistic society in which differences are respected and appreciated."